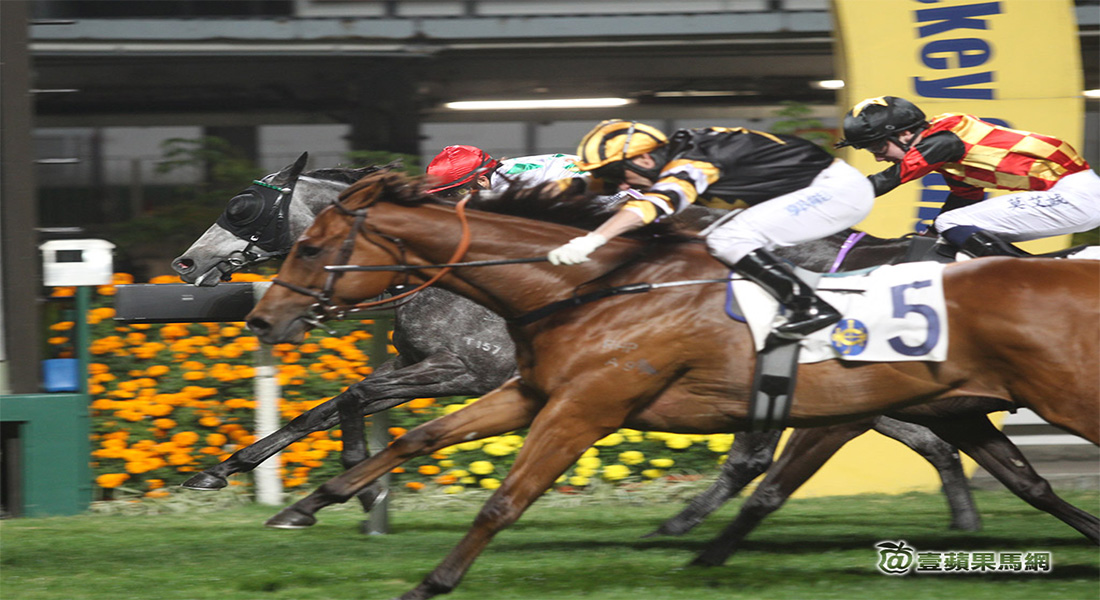 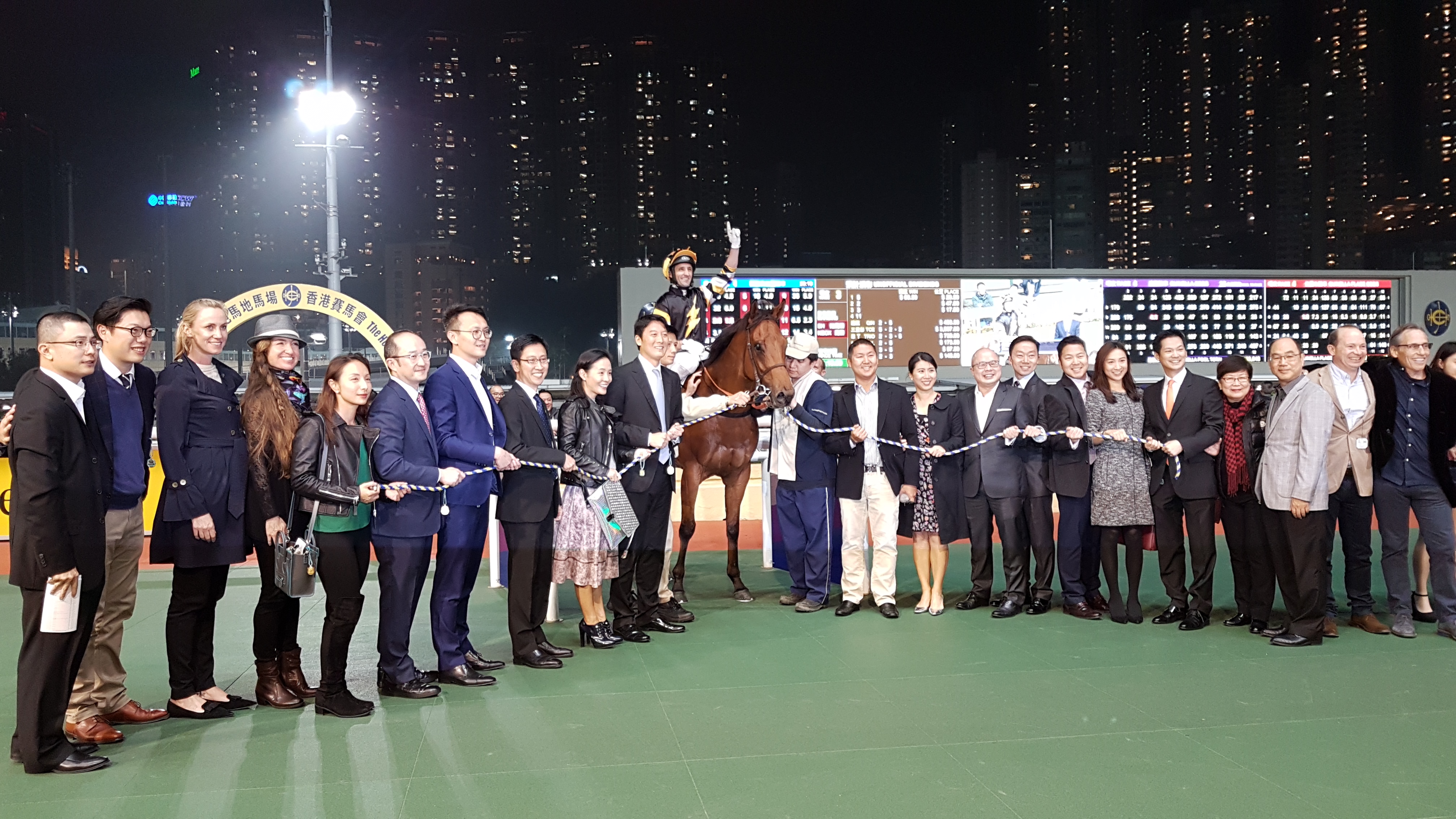 Jockey Neil Callan lit up the first half of the card at Happy Valley last night with a winning treble including a lift for Richard Gibson, who claimed his first success in almost three months.

“I trialled him before he ran and he always showed natural speed,” Callan said after the four-year-old landed outside the lead and went on with the job.

“It was my idea to run him here the first time over 1,000m, and he ran with credit and as he’s got more experienced he’s relaxed better and that allowed me to use his pace tonight to get a position.

“He surprised me how green he ran still but it shows he can still improve off this. Nice to give Richard a bit of help.” ~ (From SCMP)

Richard said, ” Callan did a great job, and I am delighted to get support from this young group (Men Din Go Syndicate), and brought them their first winner. Also this win boosted our stable morale, and wish more will come. ” 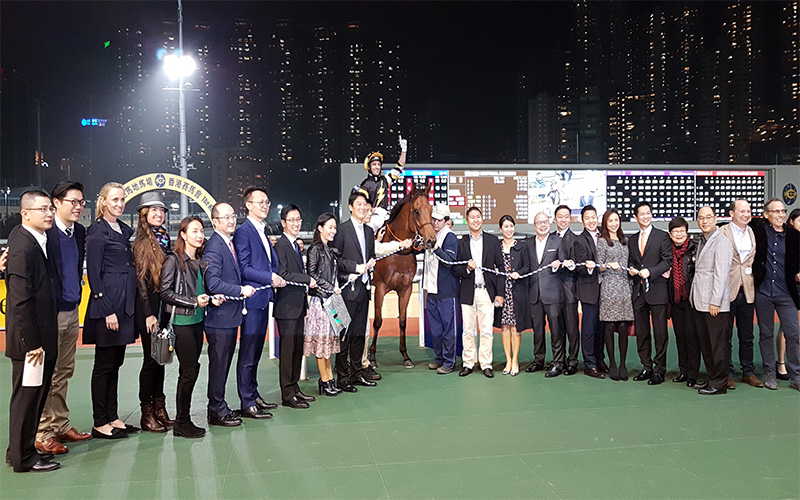