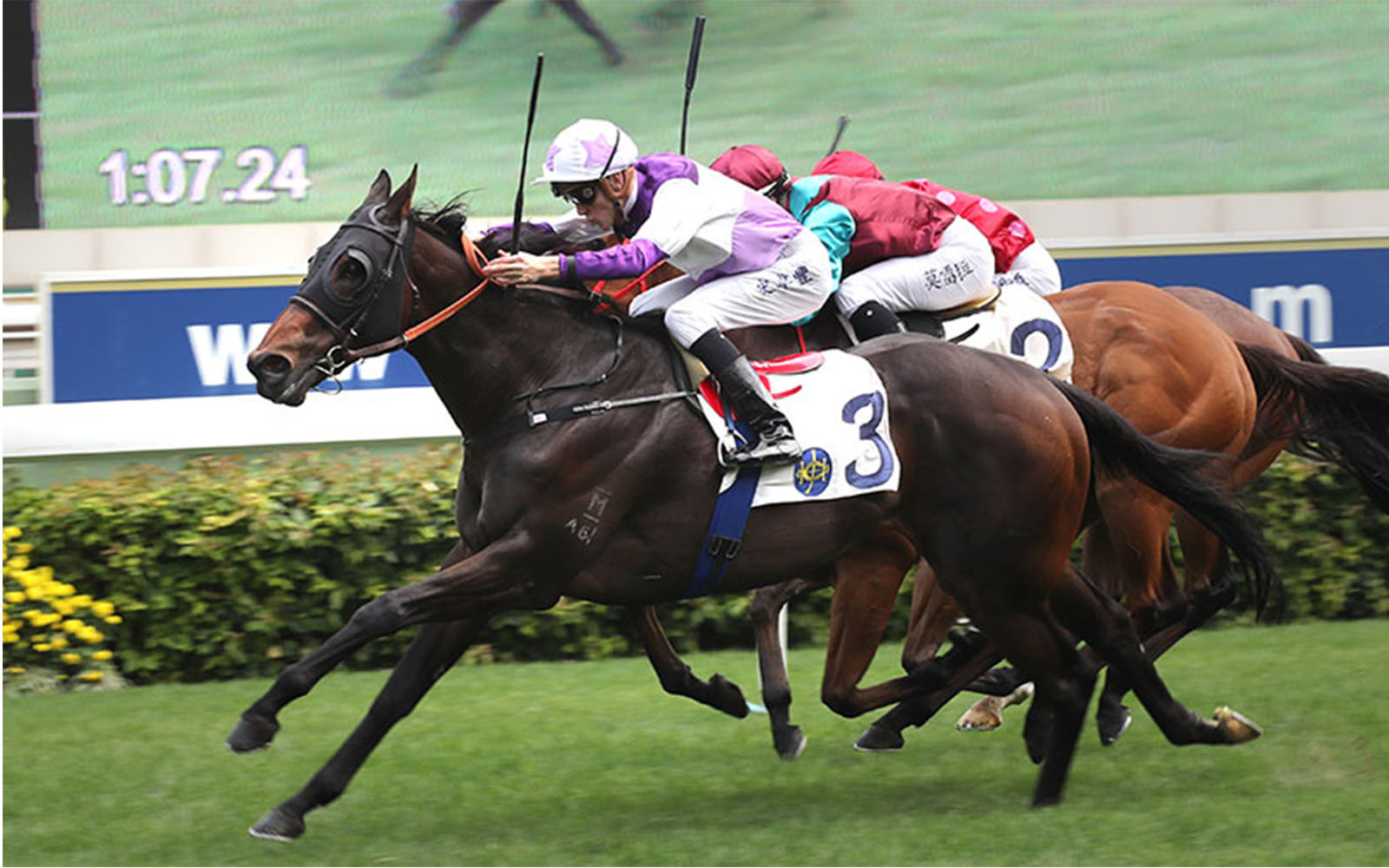 Rattan and Chad are ready for HKIR 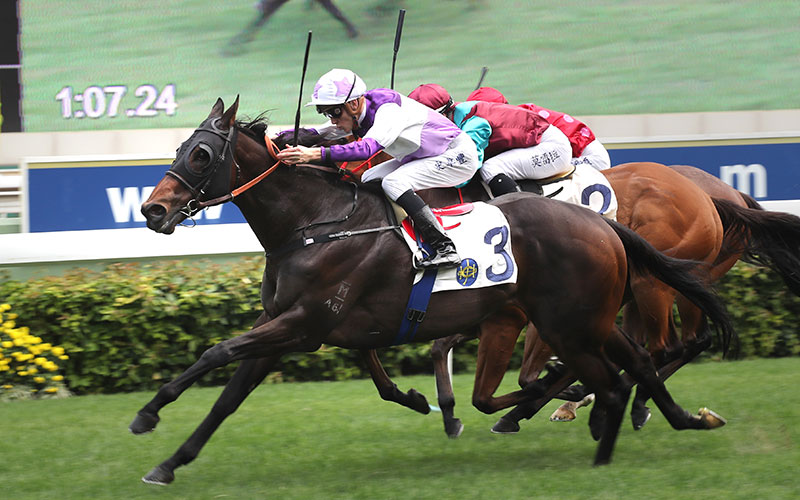 Chad Schofield has the chance of producing a significant piece of history this Sunday (13 December) at Sha Tin when he partners Rattan with the hope of joining his father Glyn on the G1 LONGINES Hong Kong Sprint (1200m) honour roll, which would be a Hong Kong first.

Dad won the race in 2005 aboard Natural Blitz at 27/1 by one and three quarter lengths, the only Hong Kong win of the horse’s career, and this weekend son Chad will look to emulate his father’s heroics in the HK$22 million sprint contest when he pairs with Rattan.

“I do remember the day, I was here somewhere jumping for joy – it’d be pretty special and I’ll be doing my best on Sunday,” Schofield said.

Chad spent four years of his youth here while his father Glyn was contracted to ride in Hong Kong from 2002 to 2006, before returning in 2014 with a contract of his own after forging an impressive career in Australia, notching four G1s including a major, the 2013 W.S Cox Plate (2040m) aboard Shamus Award.

But Schofield and Rattan go back nearly four years to their first pairing in January, 2017, and since then the 26-year-old has been in the plate a further 18 times, including his 2019 G2 Sprint Cup (1200m) success, as well as his half-length defeat to Beat The Clock in last year’s G1 Chairman’s Sprint Prize (1200m).

“If there ever a horse I was to be able to win the race on I would love it to be Rattan for Richard (Gibson) and his owner.

“They’ve been great to me for a number of seasons now and in particular this horse, we started in Class 4 together as a PPG (Privately Purchased Griffin) so it’d be very special to win this big race aboard him,” Schofield said.

The talented and appealing jockey is well entrenched among the upper echelon of Hong Kong’s best, last season finishing fifth in the jockeys’ championship table with a personal best 43 wins, five more than his previous high.

“I worked him (Rattan) this morning and he felt terrific, Richard (Gibson) has got him I think right where he wants him and, hopefully, we can get a good gate, get him out of the barriers cleanly and I think he’s going to run a really big race,” Schofield said.

Having his fifth run back this term, the New Zealand-bred has posted two solid third-placed efforts in his most recent two runs, the G2 Premier Bowl Handicap (1200m) and G2 Jockey Club Sprint (1200m).

“His last run was very good, he closed of really well – he’s an older horse now and he’s lost a bit of his early speed which he once had but he’s certainly running well from the back – he’s closing off his races really strongly,” Schofield said.

But while closing off nicely, the Richard Gibson-trainee has shown a tardiness from the barriers, twice bouncing awkwardly to the rear of the field in both runs.

“I’m surprised his gate jumping has deteriorated so badly but he’s been hitting the line very strongly – his sectional times have been good,” Gibson said.

“We’re delighted with his physical condition, he’s peaking really nicely for this time of the year – he’s such a consistent and straightforward horse to train, it’s nice to see him in good shape,” Gibson said.

Now a seven-year-old, he has HK$18.7 million to his name from 33 starts, and still appears near the top of his game although nearing the twilight of his career.

“With age he’s certainly gotten slower in the first quarter of the race but it’s nice that he still has the willingness to finish strong,” Gibson said.

As for Schofield, he and father Glyn became the first father-son duo to ride against each other in the same race in Hong Kong, but this Sunday Chad will aim to join dad with another Hong Kong first, as winners of the same G1. 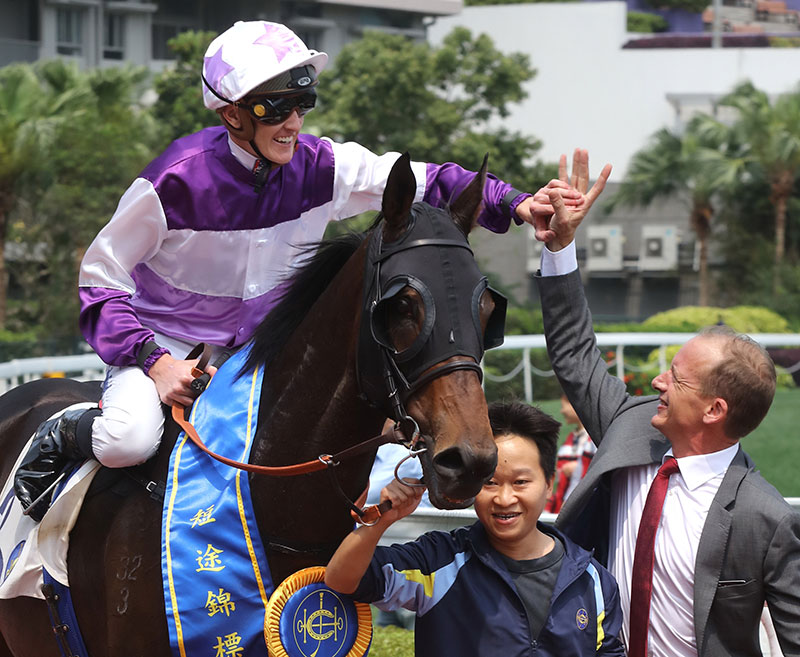 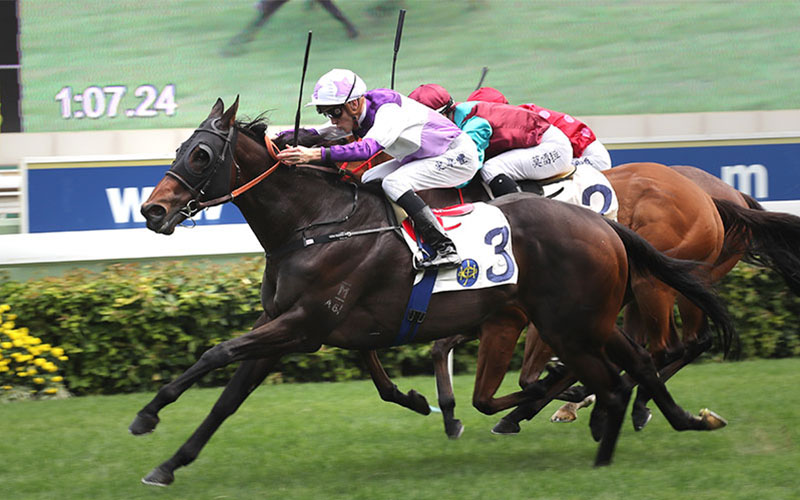